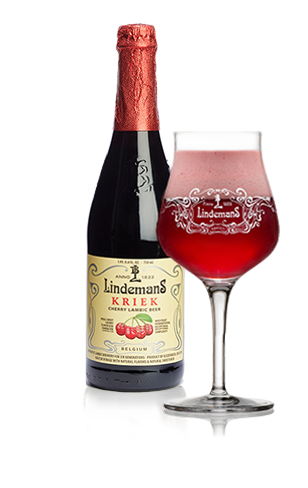 “More than 35 years ago, Lindemans reinvented kriek. It was a smash hit!”

We've already told you that our family never does anything the way other people do. Lindemans Kriek is a good example of that.

In order to obtain a beer like no other, we have been adding whole sour cherries to our lambic for generations.

Our meeting with American importer Charles Finkel in the 1970s revolutionised the fruit beer segment. Charles convinced us to export our old kriek to the United States by boat. What we had not thought of is that the movement of the waves would reactivate the fermentation process and cause the corks to pop during the trip. It was like something out of The Adventures of Tintin. To prevent that from happening, we therefore developed an alternative production method for our kriek. We use fresh, not from concentrate, unsweetened cherry juice which we blend with lambic that is at least one year old before fermenting & macerating for up to 3 days and pasteurising the whole batch. So the corks don't pop.

Due to the use of juice and pasteurisation, this kriek is sweeter and fruitier than Oude Kriek Cuvée René, which undergoes a second fermentation process in the bottle. Thanks to its innovative flavour, it was a resounding success both here in Belgium as well as around the world. Nowadays, it is undoubtedly the reference kriek for consumers.

Like other Lindemans beers, this filtered kriek is made from a lambic base. The difference, however, lies in the maceration of 25% juice of fresh sour cherries before the beer is filtered and pasteurised.

Good to know : In 1985, Michael Jackson (the most famous beer expert of our time) proclaimed Lindemans Kriek one of the five best beers of the world.

“If you think you know what beer tastes like, try Lindemans Kriek and prepare to have your world turned upside down. I've had a sour beer or two before, but none were anywhere near as drinkable and delicious as what I'm sipping on as I write this.” 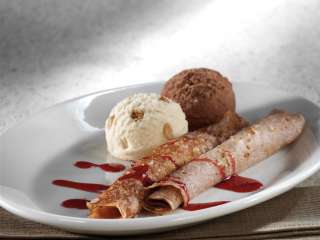