Our family has owned a farm since the dawn of time.

It was to occupy (and refresh) the farm workers in the winter that we began our brewing activity. With time and success, our agricultural activities decreased as our brewery developed.

Today, we are once again expanding our brewery to share the love of our beers beyond our borders. 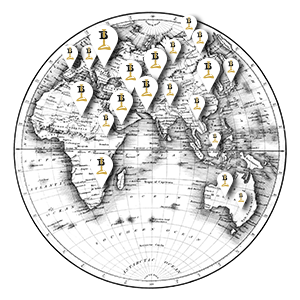 Indeed, we are convinced that the characteristics of our beers, which are so unique, are a great asset in a world where there is so much uniformity.

The life of a lambic brewer

'Hof ter Kwade Wegen' may be an ominous name - it literally means 'the farm of the bad roads'...


Yet it is at this old Vlezenbeek farm that a beautiful brewing history has been written since 1822.

Joos Frans loved life on the farm, but he wanted to show he could do something else as well. In the evening, with his hands still aching from having ploughed the land, he would work at brewing lambic. During the winter months, the seventy-five hectares of his farmland and meadows had little work to offer the many working men and women. So they joined him in the brewery. That is how what was originally a hobby quickly became the farm's main activity.

Since 1822, six generations of pioneers have succeeded each other at 'Hof ter Kwade Wegen', first as farmer-brewers, then - starting in the second half of the 1950s - as just brewers. Under the influence of these six generations of Lindemans, our brewery has become one of the leading producers of lambic in the region and in the world. This is our story.

Joos Frans marries Francisca Josina Vandersmissen, herself the daughter of a brewer. They settle at 'Hof ter Kwade Wegen'. During this first year of operations, 360 barrels of beer are brewed. The brewing facilities consist of two vats, a mixing tray and two cooling trays.

Together, Joos Frans and Francisca Josina have eleven children, three of whom die in infancy, two of whom become priests and three of whom remain unmarried.

In addition to his farming and brewing activities, Joos Frans becomes mayor of Vlezenbeek.

Duke has the farmhouse and the old brewhouse, which still exist today, built. At the time, the farm extends over more than 75 hectares of farmland and meadows. In the winter, the workers and farm girls could work in the brewery when there was less work to be done on the farm. The brewery produces lambic and faro. Fruit beers were not yet in the equation.

Theofiel, the youngest of 9 children, succeeds his father as head of the farm-brewery.

The agricultural activities are gradually reduced as the brewery continues to develop.

Theofiel passes the torch to one of his four children, Emiel.

During the war, the brewery only produces one brew per month.

The brothers René and Nestor Lindemans

When Emiel-Jozef Lindemans dies, the agricultural activities (30 hectares) come to a final end. While René and Nestor complete their studies, a brewer named Triphon Antoons is hired.

The brothers brew the first kriek according to the traditional method (maturation in oak barrels and second fermentation process in the bottle). Until 1973, the brewery uses Schaerbeek sour cherries. Since that variety of cherry becomes increasingly rare, the brothers switch to Scandinavian sour cherries.

The Lindemans brothers innovate by producing a pasteurised kriek from cherry pulp and juice.

The Lindemans brothers once again innovate by marketing kriek in barrels

The export market is developed. 70% of production goes abroad. The 4 main markets are the United States, France, Switzerland and Germany.

Construction of the new brewhouse. At this time, the brewery has 1,200 barrels with a capacity of 158 gallon in which lambic ferments and matures.

The brewery signs a contract with a leading Belgian retailer, Delhaize.

The cousins Dirk and Geert Lindemans

The cousins Dirk and Geert (6th generation) take over the daily management of the brewery. Faithful to tradition and armed with a healthy vision of the future, they make the family brewery prosper. Together, they ensure the authentic nature and flavour of this unique know-how.